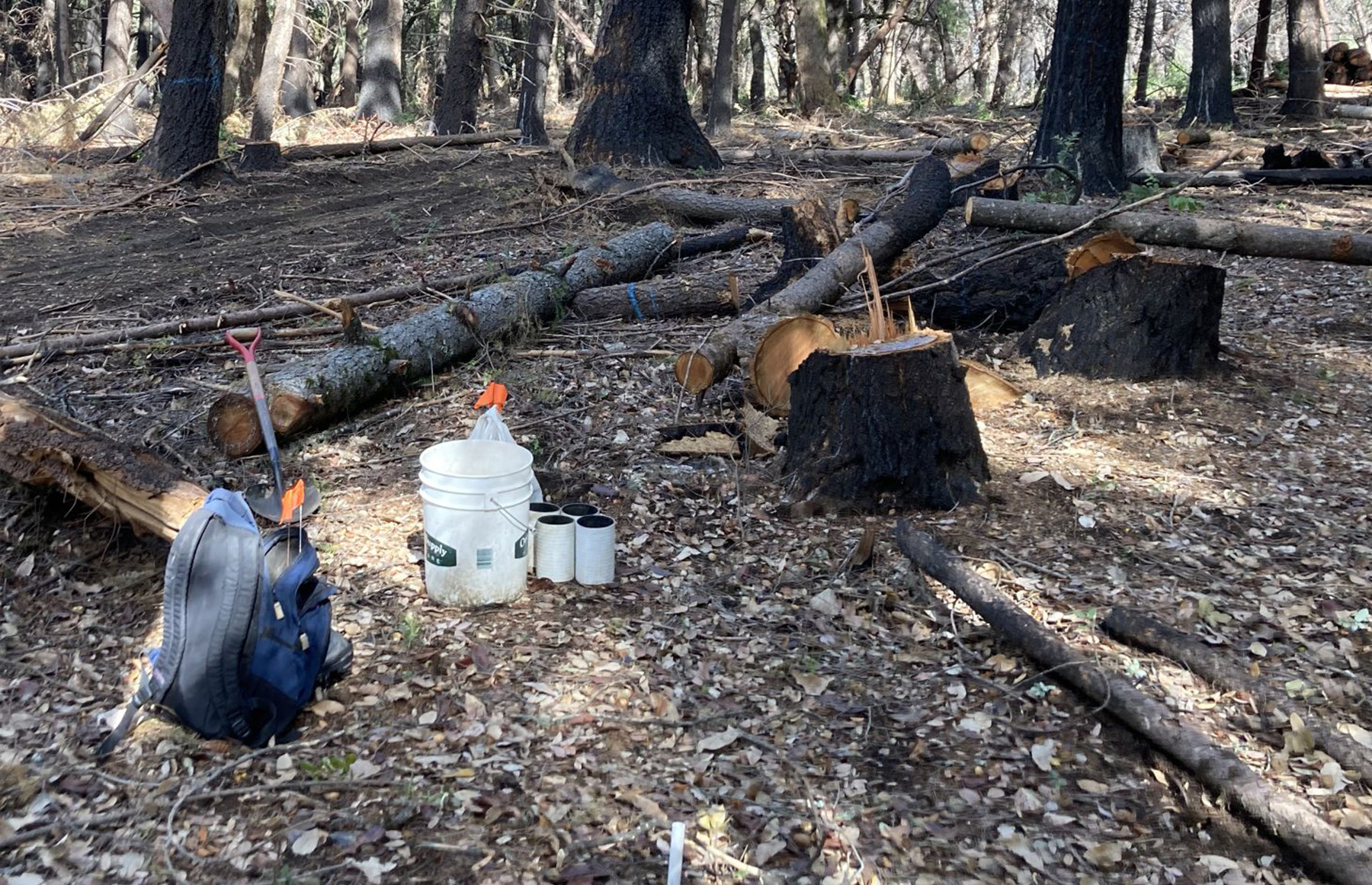 The researchers are collaborating with the Amah Mutsun Tribal Band.

Following the CZU Lighting Complex Fire that destroyed much of the Santa Cruz Mountains in 2020, the Sponsored Projects for Undergraduate Research Program, or SPUR, is conducting a study about the biodiversity of the forest post-fire starting in 2021.

The purpose of the study was to discover how different post-fire fuel treatments impact the health of the insects and forest over the course of a three-year period.

Kip Will, a professor in the department of environmental science, policy and management and insect systematist, is working alongside a group of undergraduate student researchers to set up pitfall traps to monitor insects and arthropods. The researchers are also working in cooperation with the Amah Mutsun Tribal Band through the Amah Mutsun Land Trust.

“I don’t have any real numerical results. We are doing a good job of collecting insects and other arthropods and we’re building up the samples. We have well over a 1,000 vials sorted out and this semester we’re actually going to start identifying and getting some real data,” Will said.

In the spring and winter, the researchers open the traps for a monthlong period, then take them back to Berkeley to sort and categorize the samples. Will noted that he closed the traps just in time before recent floods hit the coast.

Although the study hasn’t come to any conclusions yet, the undergraduate researchers on the project are enthusiastic about being able to conduct scientific research they are passionate about.

One student in the SPUR program, Blanca Seiter, noted that as a transfer student, being introduced to university-level research has been “extremely rewarding and valuable.”

Seiter also noted the importance of SPUR’s collaboration with the Amah Mutsun Land Trust to restore the fuel removal and cultural burning practices that Indigenous people have been practicing for thousands of years to help curb the damage done by large forest fires.

“Fuel removal is an important topic right now since I know that we have a long history of fire suppression in California as a result of colonialism and the genocide of Indigenous peoples,” Seiter said in an email. “The centuries-long criminalization of Traditional Ecological Knowledge and removal of Indigenous people from the land have drastically changed our landscapes and ecosystems here in California, and we are feeling the consequences of that today with these large catastrophic fires.”

Valentin Lopez, the president of the Amah Mutsun Tribal Band, said it is important to collaborate with Indigenous groups and consider the “Indigenous point of view” to help restore and protect the forest and wildlife, especially following catastrophic fires like the CZU Lightning Complex Fire.

Lopez also said Indigenous people have been conducting cultural, controlled burns to help cultivate the native plants in the forest for thousands of years.

“The interest of our tribe now that we have open forest that has been pretty much destroyed is how we can bring back the native plants so that once again they can provide for the wildlife — the insects, birds, the fungi, etc. How can we restore those plants for biodiversity?” Lopez said.

Will also noted how many people don’t realize how forest fires impact the smaller organisms in the forest.

The entire study is a large piece of the puzzle that studies how climate change is affecting these smaller organisms. Will said if catastrophic fires become more frequent, the health of the insects will be harmed.

“The effort to deal with climate change must be Indigenous-led. By doing this research, it shows the ways of ancestors and that in turn will show land owners and developers about how these lands should be stewarded in the (Indigenous) way to help us restore the biodiversity and healthy forest that we once had,” Lopez said.