How do you get around Berkeley? Walking, scootering, biking — maybe you’re lucky enough to have a car and a parking spot? We envy you. Because we know that for us, when it’s raining, we’re running late or when we’re just feeling pretty lazy, we are left at the mercy of AC Transit. We wait and wait at the bus stop, watching cars quickly speed by. But fear no longer. Modern technological advances can save you, and we at the Clog can help you on your journey.

If you have a smartphone, you may or may not be aware of the existence of AC Transit apps. And even if you already have one, how do you know it’s the best one? So we at the Clog decided to try out numerous bus apps, for both the Android and iOS, and report back to you.

It was a rainy Wednesday morning when we took to the streets — well, the sidewalk. We were at a bus stop in front of campus on Southside, more specifically. We waited for the 51B to come and take us to the Downtown Berkeley BART station on Shattuck Avenue and recorded the results. 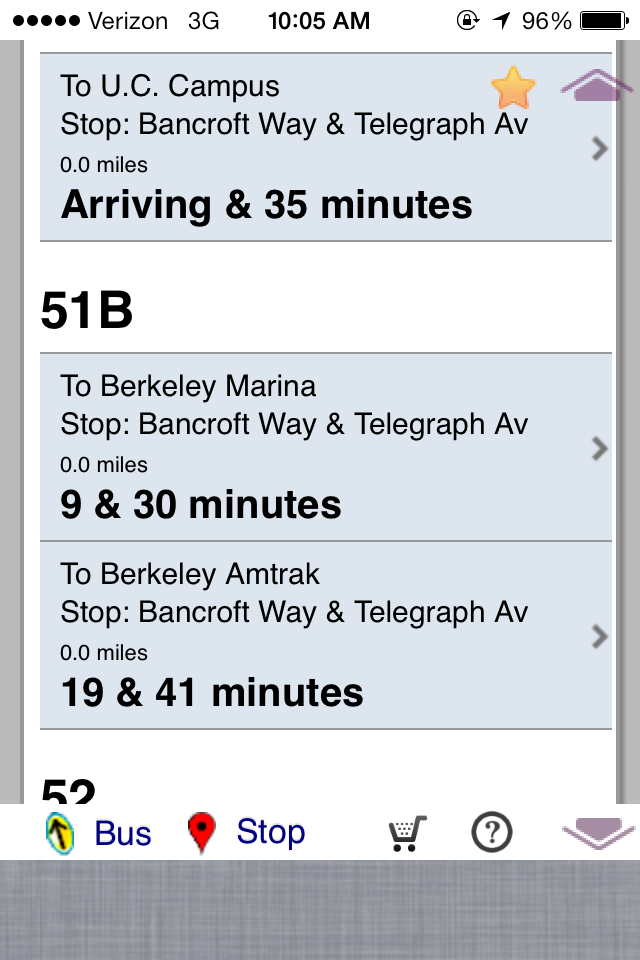 Lists the next two upcoming bus times at the bus stop closest to your detected location, including all bus lines that stop there. The bus came one minute after the app said it would. 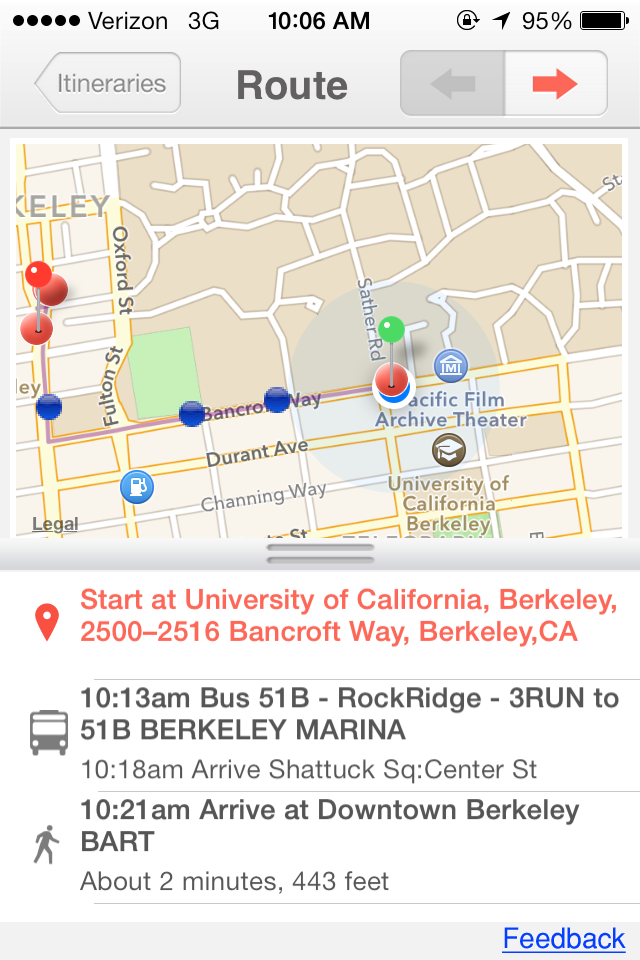 You need to input two locations (but you use your current location as one of them), and it will show the map around you and the bus lines you can take to get where you’re going. Once again, though, the bus came a minute late. 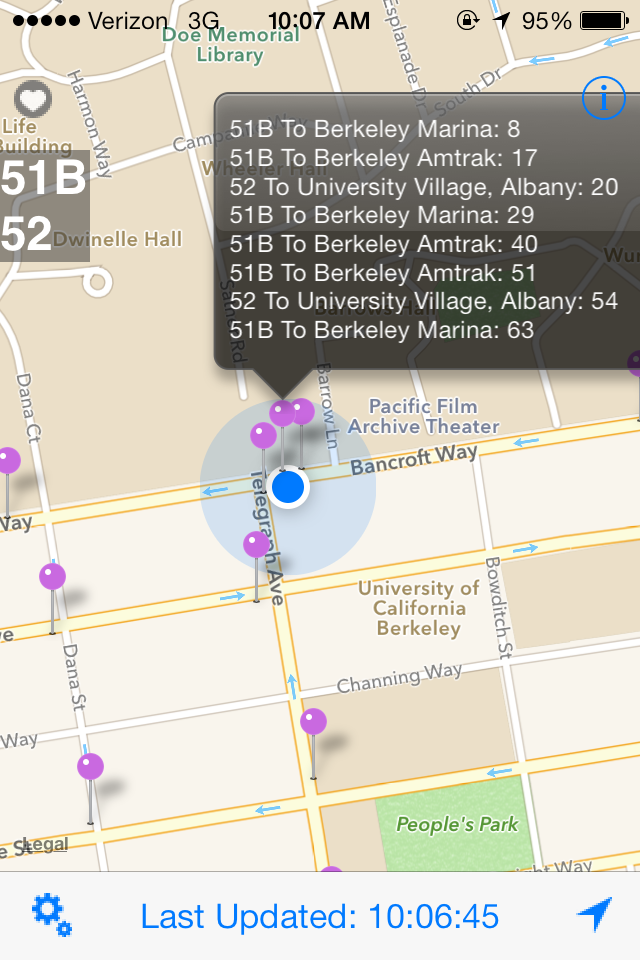 AC NextBus shows the map of different bus stops in the area and how soon until each bus comes. The bus came at the time the app reported it would. 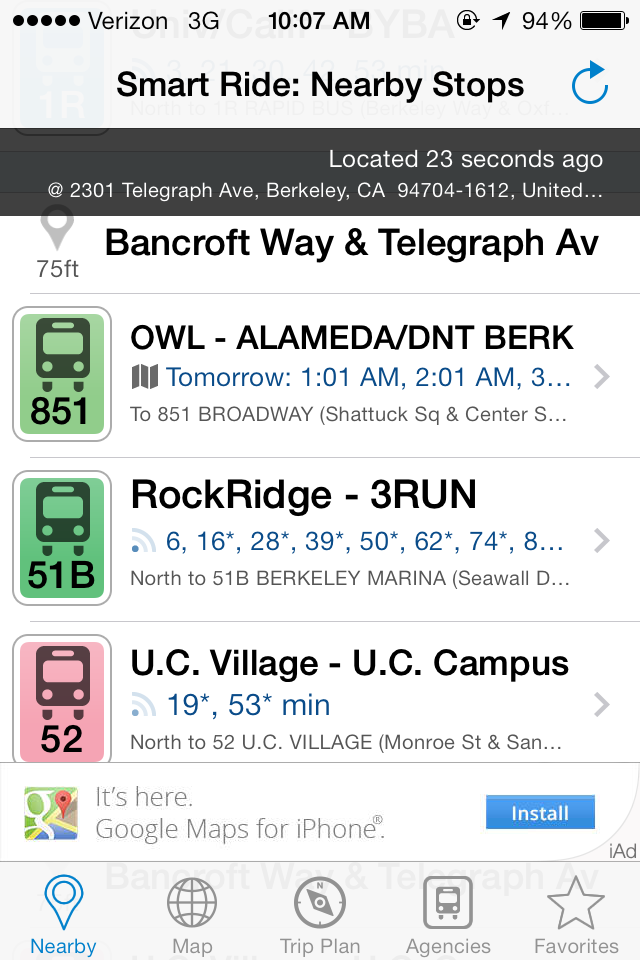 This app lists first by closest bus stops and then numerically by the bus lines that stop there. So once you find your stop and your bus line, it lists all future times. The bus came two minutes later than the app estimated. 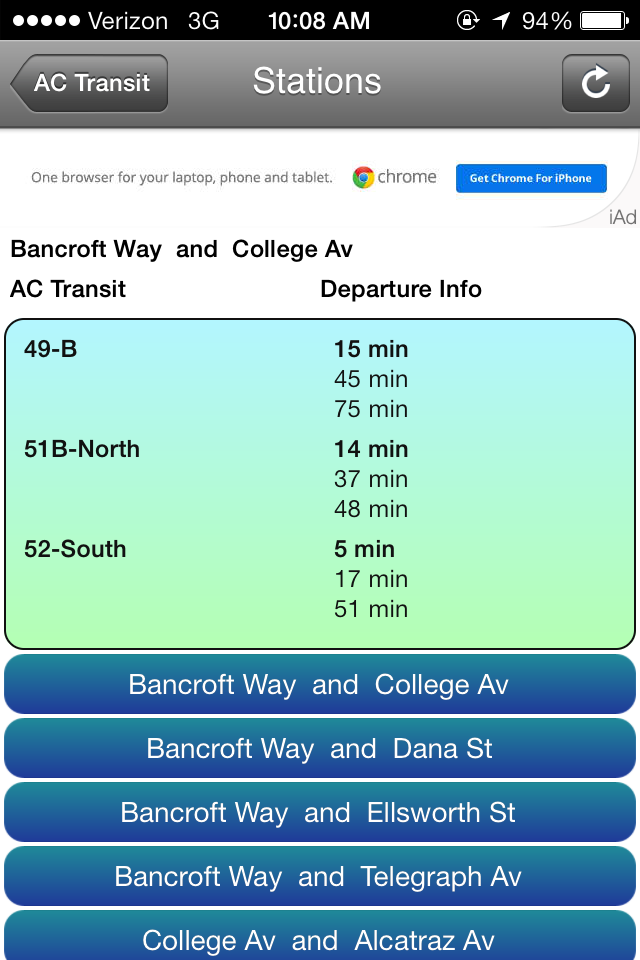 You pick how you’re getting around, from CalTrain to BART to AC Transit, and from there you can pick which line you need and the stop you want. The app will display the next three times. However, this app completely forgot about the bus coming at 10:15 a.m. and skipped right to the one coming afterward, which proved problematic. 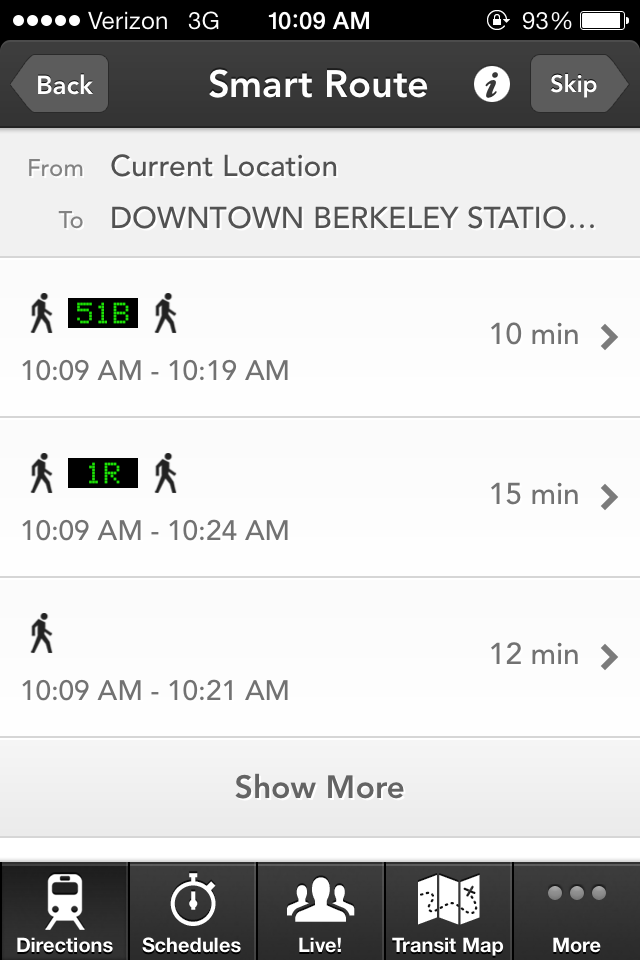 If you want to plan a trip, this app is for you — it includes the ability to switch between modes of transportation. Once you input addresses, you will be provided with options for how to get around. The app was a little confusing and claimed the bus would be there two minutes before it was. 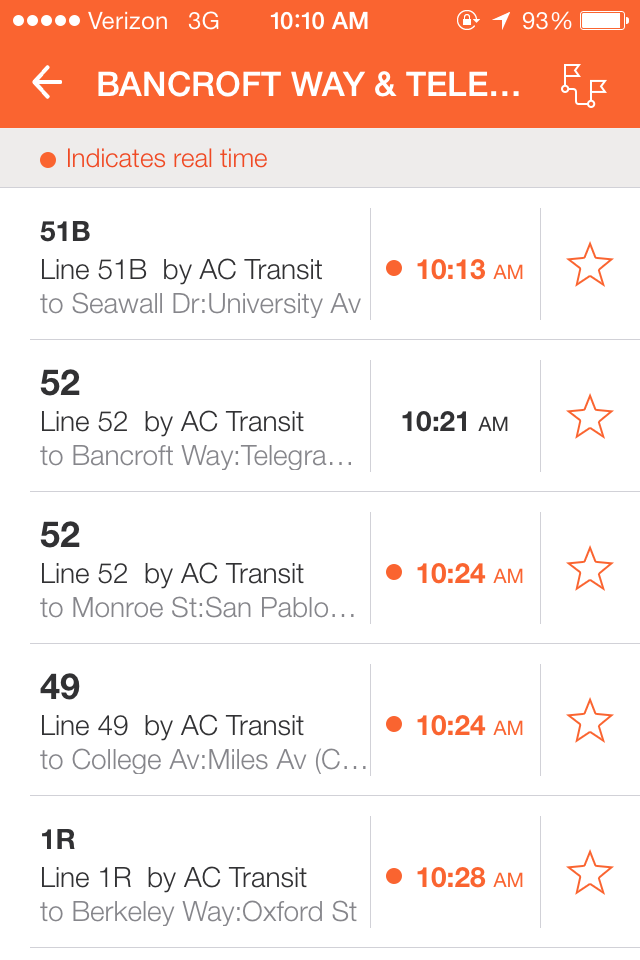 Although you need to sign up with an e-mail or your Facebook account, the app lists all lines coming to the stop you’re nearest, with different transportation options. While the time listed was two minutes before the bus came, the app actually continued to update as the bus approached and ended up being right on point. 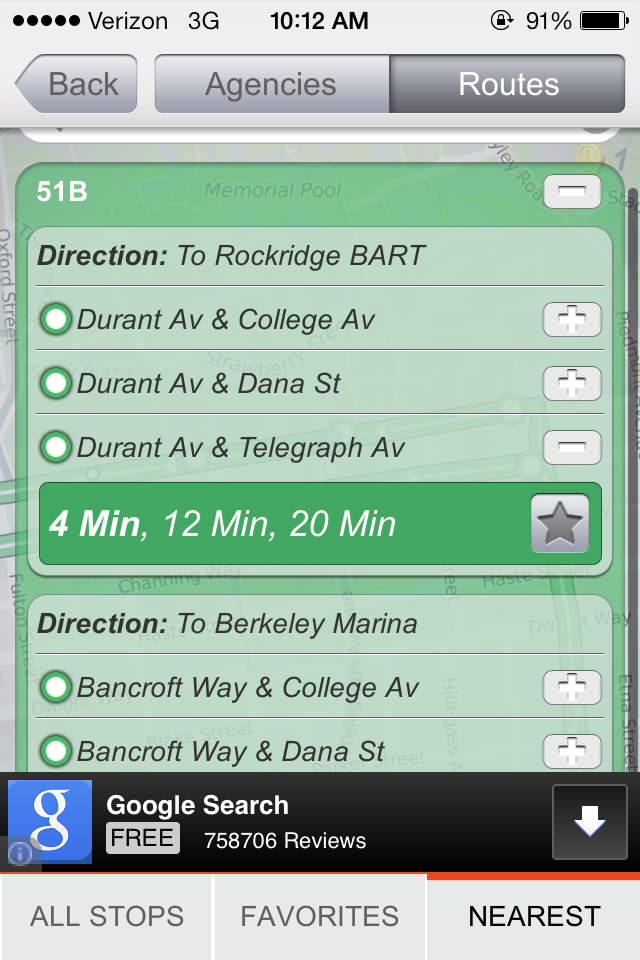 Picking the stop you want is a little confusing, but you can add certain routes to favorites, and the app will tell you the times at different stops. However, it did expect the bus to be a minute late.

But how do these apps work? Clarence Johnson, a spokesperson for AC Transit, told us all of its buses are equipped with a GPS. AC Transit encourages any developer who wants to access the software to check 511.org, where they can get more information. Apps use the software to locate the up-to-date position of the bus and estimate how long it will take to arrive at the chosen stop by looking at historical data.

Clearly, from our data, some of these bus apps aren’t too bad. In fact, AC Transit, which has reported its NextBus accuracy rate to the Metropolitan Transportation Committee for the past 11 years, has had an 80 percent accuracy rate, 95 percent of the time. We’ll take that.

Admit it – knowing that you share a campus with some of academia’s biggest names still makes you giddy with geeky excitement. In the throes of completing that final paper or exam, you’ve probably tried to channel your favorite academic. Are you an intellect or an innovator? Take the quiz below to find out who within our stellar faculty is your true spirit animal!

Admit it – knowing that you share a campus with some of academia’s biggest names still makes you giddy with geeky excitement. In the throes of completing that final paper or exam, you’ve probably tried to channel your favorite academic. Are you an intellect or an innovator? Take the quiz below to find out who within our stellar faculty is your true spirit animal! Ever noticed how often 'Hearst' appears on our campus?

Ever noticed how often 'Hearst' appears on our campus?

Perfect restaurants for every birthday celebration

Perfect restaurants for every birthday celebration